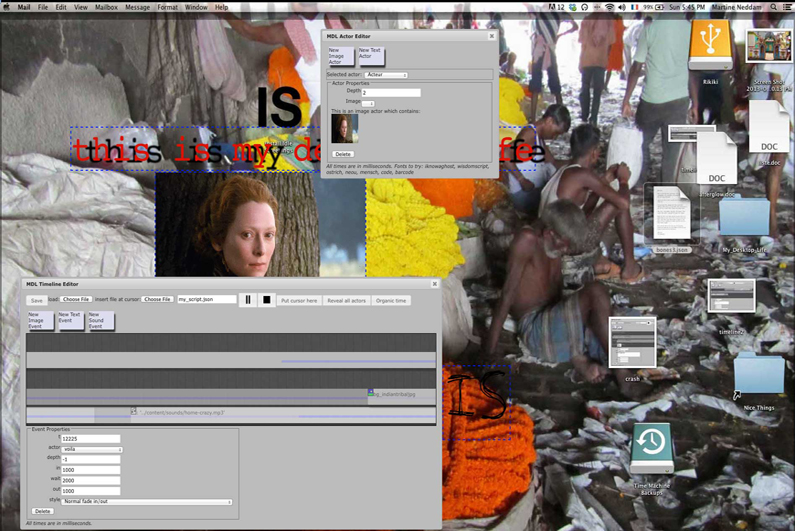 On Thursday 3rd April the new Net.Specific exhibition will be launched at SUPERMARKT. This event will host an introduction by curator Tina Mariane Krogh Madsen, the FB Resistance Workshop by Tobias Leingruber, artist presentations by both Martine Neddam and Leingruber and the launch of Johannes P. Osterhoff’s new online performance piece.

The Museum of Contemporary Art in Roskilde Denmark has developed the Net.Specifc platform to expand its exhibition space to also include the Internet. This is achieved both by exhibiting internet-based art and by using the Internet itself as an exhibition space. The name Net.Specific refers to art that is created to exist online and which uses the Internet as its prime material; a site-specific art form that uses the web as a conceptual backdrop.

Net.Specific is a permanent entity, through which the museum will host exhibitions of Internet-based art. Net.Specific will allow the users to experience net art from their own homes and at their own computers; in the environment for which the works were created. In this way a higher degree of immersion and interaction with the works will be made possible. The first exhibition in this framework was launched in September 2012.

Net.Specific’s curatorial scope centres on works primarily executed in a browser and dependent on the Internet for their existence. Physical detours can be a natural by-product of these art works and a direct reinforcement of, or comment on, the works’ online site-specificity as well as on digital culture in general. Net.Specific places itself within a curatorial practice that seeks to make internet art more accessible to the public and to show discourses and topics within this art practice.

Each Net.Specific exhibition is launched by an event, which highlights the topics of the exhibition and presents the artists through presentations, workshops and talks.

About the new exhibition: Performing the Media

The exhibition Performing the Media deals with how identity can be constructed in online space and through the tools that the internet gives its users to work with. The invited artists all use the internet as a departure point in their performative artistic practices, which evolve around topics like: identity, surveillance, tracking, representation and hacking. Identity in this context is seen in a broad understanding of how personal representations take different shapes, where the web functions as a transformative and critical space for action.

Martine Neddam, who is known for her pioneering work Mouchette.org, has for years been working with how to play with identity constructions in the online-sphere. In the Performing the Media exhibition, she will show her latest work on identity representation called My Desktop Life, which is a tool to create stories of yourself using what is on your desktop as elements in a narrative structure. The tool creates small portrait films of the person in question. During the launch event at SUPERMARKT, Neddam will introduce the tool and the future of its development as well as a screening of her own films made with the prototype of the tool.
http://neddam.org
http://www.mydesktoplife.org

Tobias Leingruber,who is also an active member of the F.A.T. lab (the Free Art and Technology lab) will host his FB Resistance Workshop at the launch event at Supermarkt. In this workshop website hacking is in focus, which is closely connected to Leingruber’s work with critical strategies applied to social media and online representation. An example is his Social Network ID-cards, which will be exhibited through a new interface on the Net.Specific platform.
http://tobi-x.com
http://fbresistance.com
http://fffff.at/tobias-leingruber
Tobias Leingruber Interview on his concept of the FB Resistance Workshop (in German): http://vimeo.com/19679294

Program for the launch event