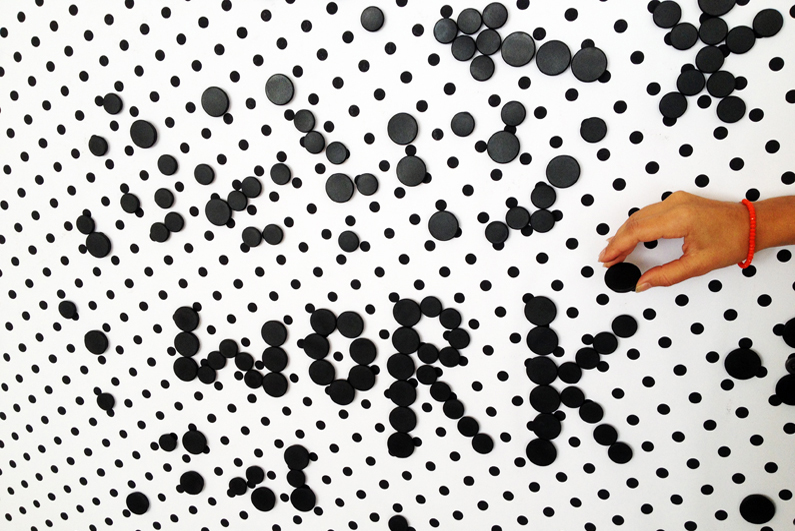 In preparation of the WORKAROUND event I thought it would be nice to analyse some of the issues that the conference deals with in a blogpost. Rather than going into all the individual ideas and initiatives that will be presented, instead I am focusing on more general tendencies in the working world, and in the whole of society, that call for organising such a conference. First I want to write about the rise of flexible work contracts, the loss of social and economic security and the omnipresent pressure to be enterprising and self-sufficient. Then I will say something about the kind of individual initiatives popping up nowadays to ‘work around’ these developments. During the past weeks I have spoken about these issues a lot with the curators of the event, Ela Kagel and Kate Martin. Actually, I also talk about these issues continuously with friends, as we are all freelancers, flex-workers and volunteers who try to make-ends-meet as well as doing something useful. So there are lots of thoughts and contemplations. And as ever: more questions than answers.

The first issue to tackle is the current development towards flexible work agreements and the instability and insecurity this can cause. It is very clear that not everyone who works as a freelancer is an adventurous entrepreneur deep inside – however much their LinkedIn pages might suggest. As Ela Kagel emphasises, not every freelancer is a young and hip media worker: “There is this widely known cliché of a freelancer sitting in street cafés, sipping latte macchiato and having a good time. The truth is that more and more people from all age groups and professional backgrounds are forced into freelance work, because they cannot find a long-term contract.” In a way the development towards a flexible job market is a tragedy: people are being deprived of their basic securities and have to learn to get by on a day to day basis.

On the other hand it appears that many people are not at all looking for stability and security. If I look around in my direct environment, most people are traveling, living in different cities and countries, working on different projects. Having to work in a fixed job – besides the fact that this is hardly possible – is seen as boring and stupefying. I talked about this with Kate Martin, and we agreed that this probably accounts for only a very specific crowd: people who are well educated, flexible, and already used to working in alternative ways. But when I think about it longer I start doubting. Maybe this is just as much a cliché. The whole way of living in our part of the world is quicker and more ephemeral than ever. This is a complicated phenomenon, and there are many causes to point at. But the media that are so present in our lives – the internet, smart-phones, TV – surely are of great influence. This is generation zap, and its culture reaches people of every background. I am very intrigued by this, and I really don’t have the answer: would a young independent hair dresser or construction worker not be looking for the same dynamics in his/her working life as a graphic designer or art organiser?

Whatever the answer might be, I guess that many older people are not looking for dynamics in any way. For them the insecurity is only a burden. When looking closer at the Brunnenviertel, where SUPERMARKT is located, it become clear that in this small part of the city people from many different ages, nationalities and professional backgrounds are working as freelancers. SUPERMARKT’s Freitagsfrühstück on 18 October will be devoted to their ingenuity and activism.

The fact is that for both freelance graphic designers and hairdressers, and for young and old, the infrastructure of work-related and financial services are to a great extent determinants of their success. And these institutions are in many cases not prepared to meet the needs of self-employed or flex workers. In our conversation, curator Kate Martin emphasised that there is also a lot to improve within the organisations of freelancers themselves. The WORKAROUND weekend hopes to tackle exactly these issues. Ela Kagel takes an activist stance here: “We should not wait for the officials to change that situation – we need to stand up for our own rights and start working on alternative labour models on our own terms.” WORKAROUND explores a selection of these alternative models and approaches of social innovators who have started to control their own destiny.

In the introduction text for the event I read “While it is not that all of these models are new per say, many of them have been under the public radar for quite some time, as during times of economic growth they aren’t deeded as much. However, with the current global financial crisis, communities are starting to return to these structures and bring them back to life.” I think that this is a very interesting point, and I’m excited to take a closer look at this process. Especially because the internet, which has only emerged between the last major recession in the early 1980s and the current one, gives us both possibilities beyond measure, as well as huge obstacles. I am very curious to see, hear and read the documentation of WORKAROUND. I am sure it will be a very engaging event!
By Jurriaan Pots