On July 2nd, we kicked off our first event of “Art, Money and Self Organization in Digital Capitalismus”, a series of events based on new financial technologies, peer to peer-economies, digital networking and their impact on artistic production. Together with ten amazing speakers, we discussed several models of how the arts and the commons could inform each other.

What is this event series all about? Please check the curatorial statement here: https://supermarkt-berlin.net/en/arts-commons/
Please also check the event page of our kick-off event ARTS & COMMONS on July 2nd at Forum Factory.

What was the main focus of ARTS & COMMONS?
Our launch event was based on discussing and developing commons-based economies within the Berlin arts scene. What are the options of building self-organized infrastructures that generate more independence, variety, justice and autonomy among artists? On July 2nd, artists, hackers, commons-experts and collaborative economy insiders were starting to create models for a commons for the arts. 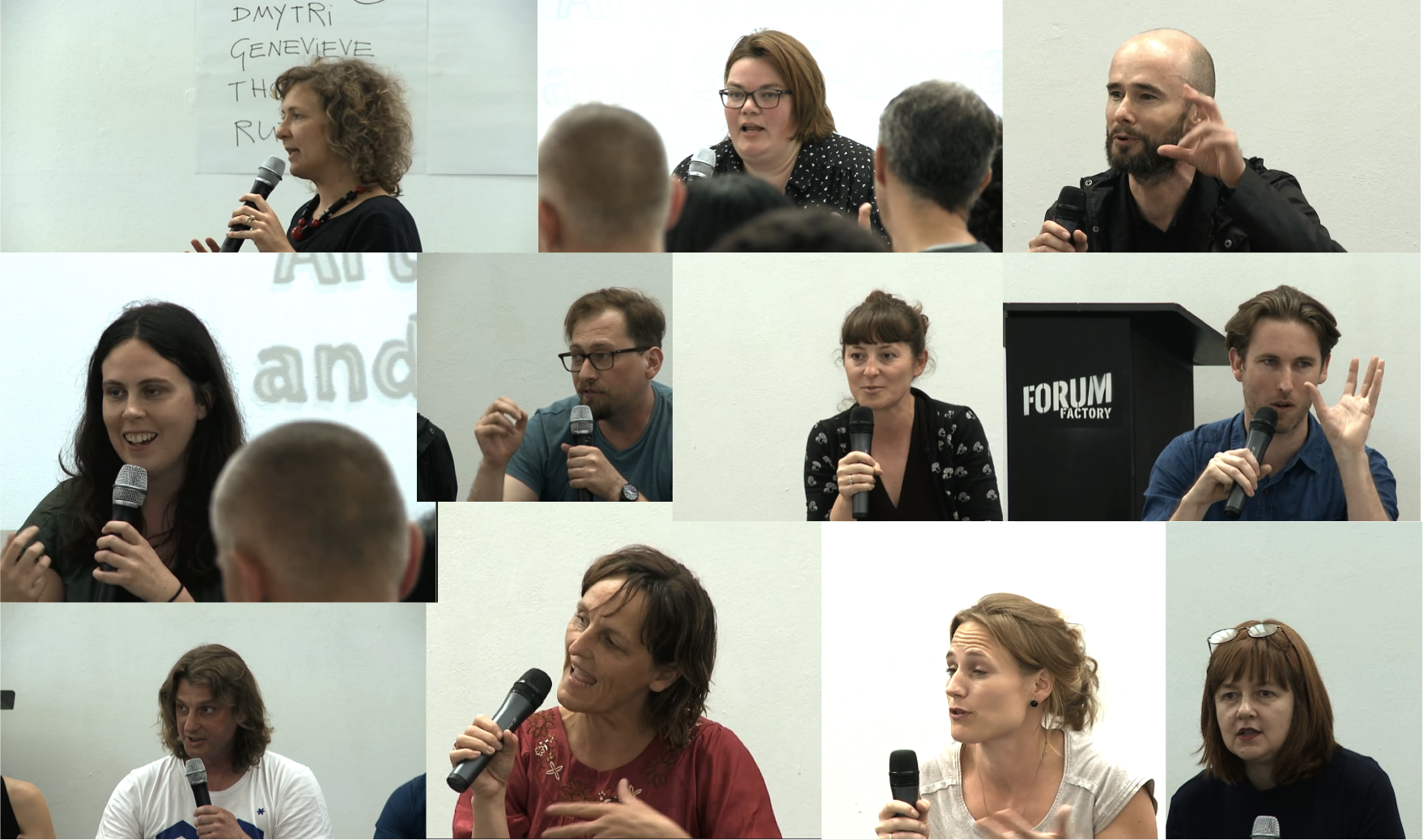 Who was invited?
We were really glad to have such an amazing group of speakers:

Each speakers suggested challenging takes on the notion of arts as commons, for instance: taking financial decision collaboratively, sharing collective wisdom and resources, digital disobedience, creating your own DAO – with others, sustaining the social infrastructures from abandoned refugee shelters in Berlin, creating an asembly of the commons on a local level, organising an arts festival within the realm of the commons, how to get a better understanding of the value of arts and culture in our everyday lives, or a practical approach towards co-creating artworks as a collective and much more. Many questions were raised and lots of great ideas got sparked on this day – almost impossible to sum it all up in the wrap-up session. (Please note that we will post videos of the sessions shortly).

What we have also learned: There is not much research on the intersection of arts and the commons yet. However, this is an interesting time where lots of thoughts and initiatives are directed towards the Commons. It is no wonder that this discussion has also started to take place within the arts.
On our documentation site, we try to collect as many interesting links as possible. Here are some to start with:

Stay tuned for ongoing documentation (including videos and audio) here.