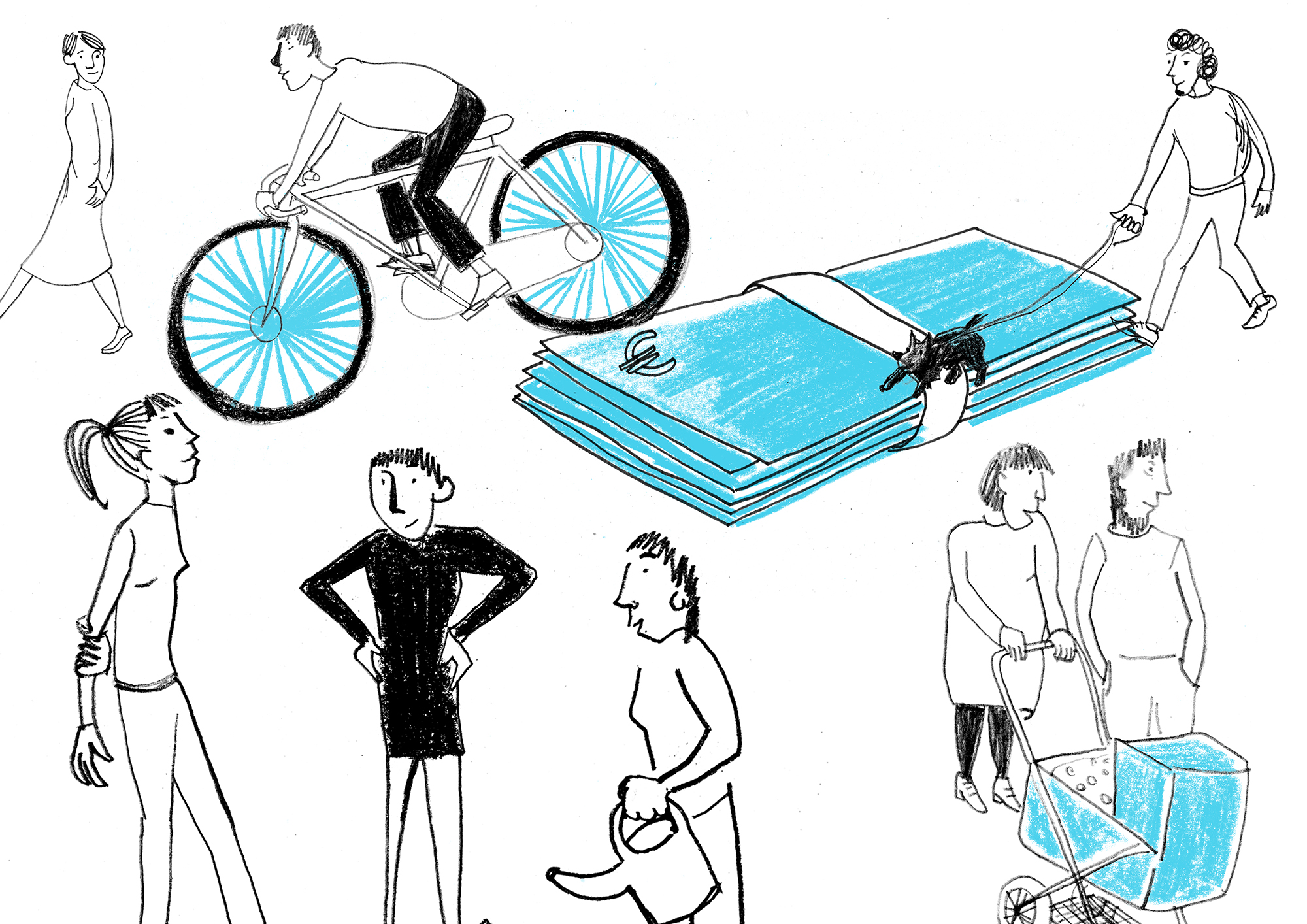 As the global financial crisis proceeds, not only the capitalist system is being questioned, but also money itself.
More and more people start to explore alternative metrics for value transactions, trade and service exchange. They seek to value and reward work that benefits society (through services, products, care or investments), that is normally not recognized by the monetary economy. Community currencies are on the rise, as well as barter systems, time banks or different forms of resource-based economies.

So far, only individuals or small communities live the moneyless life. Nobody knows how this could work on a larger scale, for instance in a city. Is it possible to scale trust? Is bartering better than money exchange? Is resource sharing equivalent to democratic control? And does a gift economy automatically lead to more equality, freedom and solidarity?

Eliminating money does not seem to be the solution for all the problems related to money either – because money is not just a transaction medium, but a massive cultural and social ideology.

In light of all these discrepancies and complexities, this event provides a space for exchanging utopias of a post-money society. Everyone interested in alternative approaches is invited to engage in some collaborative thinking.
Join us to discuss alternatives to the traditional money system. We will share thoughts and ideas of how a fair and more inclusive economy could work. Finally, we will also look into the notion of the Commons as a possible way to overcome money-centric thinking.

We have invited eight speakers to share not only their expertise in money, but also their personal vision of a world without money. We want workshop participants to walk away with a better overview of alternative economies and ideas of how to implement some of these practices into their own lives.

Registration: Please send us a registration mail until May 5, 2017 to rsvp@supermarkt-berlin.net.
Tell us a bit about yourself and your interest in the topic.

Language: English
Dates: The workshop will be held Friday, May 12, from 10am to 5pm.

Fee: This workshop is free of charge. However, booking is essential! (See above)

Arne Bollinger
Arne Bollinger is the founder of the international gift-economy network for sustainable communities Ecobasa.org. As a radical self-experience he was living without money for 6 months and learned a lot, personally, socially and spiritually. Since 2011 he is travelling through communities and ecovillages to collect best practices how communities can become more resilient economically. He is documenting his travels on ecobasa.org’s blogs and ecobasa.tv (youtube)
One of his goals is to make the ecovillage movement approachable to professionals through new media and grow the international gift network between sustainable communities and city-dwellers to satisfy a broader spectrum of needs and skills within the network. To make gift-economy usable in daily life he is co-creating physical and social tools like the open wishlist, gift-circles, communities-convergences, and community-tours. Lately he is traveling through time to change the future of the http://project-earth.org and settling down in a community “building future” in germany.

Pierre Lischke:
He travels nomadically through Germany and tells stories that don’t fit into the idea of the C.V. With his “gift income” he chooses to gift all his workshops, talks, coachings and art and in the same moment allows like-minded people to gift money to him unconditionally. For him a path into a post-money utopia requires the ability to feel connected to oneself, to other people and to the universe as a whole, the transformation from a perspective of scarcity to a perspective of abundance, a vast variety of (post-)money-utopian experiments which do not pursue one-fits-all-solutions but rather help deconstruct common ideas of money and playfully explore new possibilities.

Friederike Habermann
Dr. Friederike Habermann is an economist, historian and political scientist as well as author, activist and freelance academic. In the aftermath of a book about alternative economy in the German speaking area (´Halbinseln gegen den Strom´) she became aware that younger approaches also correspond to the principles of commonsbased peerproduction. In order to emphasize its potential for the whole economy, she calls it ´Ecommony´.

Georgia Nicolau
Georgia Nicolau is the founder and director of programme at the Procomum Institute. She is an activist and a researcher in the fields of culture, arts, politics and citizen innovation. She was the Director of Management, Entrepreneurship and Innovation at the brazilian National Ministry of Culture and undersecretary of Creative Economy and Cultural Policies. Graduated in Social Communication she also collaborated as a cultural journalist in several vehicles.  She was one of the articulators of House of Digital Culture, where she coordinated the research and interviews of the multimedia project Cultural Production in Brazil. She also served as coordinator of communication for the CulturaDigital.Br Festivals in Rio de Janeiro and the PICNIC Festival in Amsterdam. In 2013, as a fellow of the Alexander Rave Foundation, she was part of the innovation team at the largest art and technology festival in Germany, the transmediale. Since 2013, she is part of the Global Innovation Gathering network, bringing together innovators and entrepreneurs from around the world, with a focus on the global South.

Nina Treu
Nina Treu studied political science, economics & law and has been researching topics such as social justice, and global sustainability. She cofounded Konzeptwerk Neue Ökonomie in 2011 in Leipzig and has been carrying out work related to degrowth since 2014. She was also a co-organizer of the 4th Degrowth-conference.

Noel Wigdor
After over a decade of obsessing over the right way to do cash-free trade online, I quit my job at Babbel along with two colleagues to found Jaspr. Now out of Beta, Jaspr learns what skills and unneeded things you can offer for trade and what you would take in exchange for those items, then matches you with great trading partners nearby, taking the hassle out of barter. The team at Jaspr is thoroughly convinced that trade will be the next big step in the sharing economy, having important – and positive – consequences on the environment and society. Originally from Toronto, Canada, I have worked as a software developer, project manager, and data engineer for startups and SMEs for many years and hold degrees in Cognitive Science, Philosophy, and Artificial Intelligence. I love to travel (Germany is my fifth host country), eat great food, and snap photos.

Ewoud Venema
When writing my master thesis I became hooked by the concept of flow and intrinsic motivation. I began to see what already made sense to me in my life, that relationship flow in a natural way. When I started working as a consultant I saw that this flow was all but natural. After one year I quit my job to research a more natural life, both for myself as for humanity. With high and lows. Encountering fears and energetic potential, for myself and the human collective. In 2015 I co-initiated the series Free with Money (Vrij met Geld), to open the space for what we truly want and how money seems to form an obstacle doesn’t have to be, although manifestation can come somewhat later than you desire. At the moment I’m writing a book: “Step into creation: guidebook for a co-creative universe”, expected summer 2017.

Lino Zeddies
Economist and board member of Monetative, which is a German group campaigning for monetary reform. He is an activist for various projects pioneering a different society. His focuses include economics – especially financial crises, the monetary and financial system, Pluralist Economics, philosophy, psychology and personal development, and innovation in organizational design.

This event series is