transmediale 2014: future past – past future 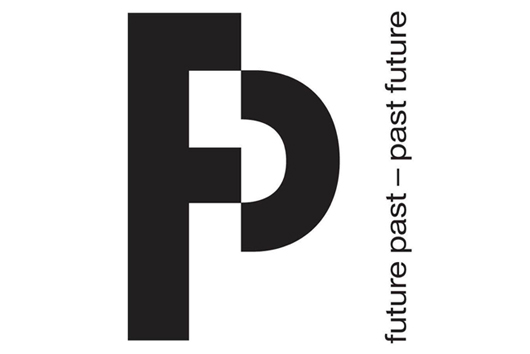 The project ArtUP!, in unique collaboration with artists and curators from Bulgaria, Greece and Turkey, aims to create an online and on-site network in the three countries and to provide a platform for artists, curators and a wide audience in this deeply and diversely related region.

ArtUp!, produced its first exhibition Neighbourhood X.0 (2012) in Ankara, followed by a series of exhibitions in several cities in Bulgaria under the title PARABOLE (2013) and most recently the current exhibition Home/s (2013) in Athens. Now ArtUP! is collaborating with Bulgarian, Greek and Turkish media artists to produce an exhibition that will be part of the next transmediale festival for art and digital culture in Berlin (29 Jan – 2 Feb 2014). A selection of relevant artworks will be presented under the title future past – past future. The exhibition will be hosted in SUPERMARKT: located on the former border between east and west, this project space nowadays lies between the hip quarter and a marginalised migration district. The exhibition in the heart of the new and constantly transforming Berlin is curated by Sandra Naumann.

future past – past future
Did the future look better in the past? Today, has the future already turned into the past? Or is it perhaps that nowadays the past seems almost blissful compared to the present in which we actually live? What concepts of the future exist in times of social, economic and political crisis, in times of spreading poverty, corruption and mistrust towards democratic processes? Do visions of a better future exist at all? Or have we already caught up with our blooming future visions and dumped them in the dustbin of history?

The title of the exhibition refers to the storyline of “Days of Future Past” from the 1980s comic series “The Uncanny X –Men”. It tells the story of a dystopian future in 2013, in which the total collapse of the world can only be averted by a journey into the past. In fact, it turns out that this possible future cannot simply be deleted, it can only be replaced by a different future.

future past – past future not only asks about the possible alternative future scenarios, but also about the relationship between the past, present and future in Bulgaria, Greece and Turkey. To what extent do current and historical events play a role in the visions of the future in this inextricably interwoven region? How do these countries’ respective historical identities and individual stories of their own history, shape the ideas of a possible tomorrow? What conflicts exist between those who are looking for the future in the eternal yesterday and those who want to overturn the norms of tradition?

If it was possible to turn back time and its course opened up to different directions, what would they be? What would the past future look like, and in the meantime what would become of the present time?

The exhibition future past – past future connects to the theme of the next festival in 2014. Under the title of “afterglow” the festival focuses on the end of the digital revolution – as digital culture becomes more and more a post-apocalyptic wasteland; censored, controlled, monitored and dominated by a few rulers. At the same time, transmediale is also looking for new, as yet unknown forms of culture beyond the digital.

future past – past future therefore also asks about the power of old and new media. The statement “the revolution has been televised” could be applied not only to the Arab Spring, but also to the mass demonstrations in Greece, Bulgaria and Turkey captured by countless mobile phone and television cameras and sent out into the world. But what is the reality behind the images disseminated by the mass media? How do these images find their way into an artistic involvement with the protest movements? How is the expression of public protest reflected in the media arts? What methodologies of resistance have been developed in media arts? How is the battle waged for media coverage, for dominance in the social networks and government censorship?

During a tour through the exhibition artists and curator talk about the works on display. Representatives of the Goethe institutes Athens, Ankara and Sofia inform about the ArtUP! project on whose initiative this exhibition was realised in cooperation with transmediale. A following discussion offers the opportunity to get into conversation with all participants.

Detailed programme information will be found on the ArtUp! Website, on the websites of the Goethe-Institutes of the participating countries as well as on the ArtUP! Facebook page and on the transmediale festival website.

About the curator
Sandra Naumann is a curator and media historian based in Berlin. She has curated programs for transmediale, CTM, Werkleitz, sound:frame, Shift, Elektra and others. As researcher she has been working on projects like See this Sound and aux écoutes des images. She studied Communication and Media Studies, Art History and German Literature at the University of Leipzig and the University of Manchester.