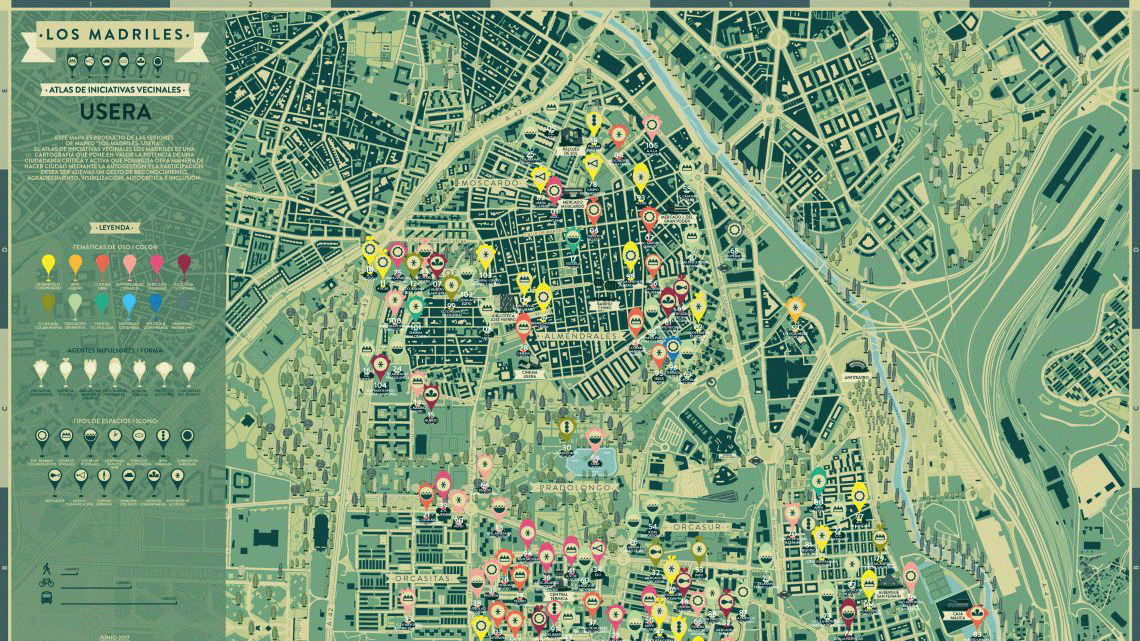 An event for people interested in civic engagement and policy making in the fields of Platform Coops, Sharing Cities alliances and Urban Commons.

In this workshop we will identify local resources and concrete steps to organize the scaling of the civic ecosystem in Berlin around concepts of sharing, commoning and platform coops. A specific attention to mapping will be given, drawing on existing and running experiments.

ADRIEN LABAEYE, Shareable’s Sharing Cities Fellow and co-author of “Sharing Cities: Activating the Urban Commons“, will present examples from the collaboratively written book offering an alternative narrative for sharing cities based on the urban commons and a distributed approach of scaling. The book showcases over a hundred sharing-related case studies and model policies from more than 80 cities in 35 countries. It is a practical reference guide designed to be used by city governments and activists to develop community-based solutions. It can be downloaded for free here: http://shareable.nationbuilder.com/. Adrien also brings his experience contributing to http://transformap.co/, a collective working at the mapping of alternative economies such as sharing.

JAVIER ESQUILLOR, Socius of “VIC – Incubator of Civic Initiatives“, one of the nine entities that form the consortium of MARES will present MARES MADRID. MARES is a project that involves the positioning of a new economic paradigm linked to the transformation of Madrid’s urban realm in order to deal locally with global challenges. It is an ongoing experiment, funded by the EU and the new commons-oriented Government of Madrid. At MARES about a hundred employees are at work for at least three years to foster over (so far) 200 initiatives of social entrepreneurs, organized around four supportive physical spaces across the city.

MARES covers five sectors: mobility, energy, alimentation, recycling & care, according to an initial urban diagnostic based on an extensive mapping of Madrid Social and Solidarity Economy ecosystem. This way MARES is  driving local social economy initiatives to scale by structuring these five sectors, called mares (seas). Javier Equillor’s expertise builds upon his experience in steering a project setting the bases of a horizontal, commons-oriented urban governance in Guadalajara, Mx, contributing to scale around 50 independent social economy initiatives within 6 months into an ecosystem that changes Madrid’s mobility realm. He will also reflect on lessons from a digital, mapping-based platform that fostered local initiatives in 29 cities to reconfigure, upgrade and raise their local impact.

BACKGROUND:
In the shadow of big, monopolistic, commercial “sharing” platforms, seas of commons-oriented initiatives and local policies have formed in Berlin and beyond. However, these largely remain in the niche and disconnected from each other.

How can concerned actors in Berlin organize to bring this movement to scale locally while taking advantage of this global dynamic? How to connect the Berlin sea to a global ocean of initiatives and policies?