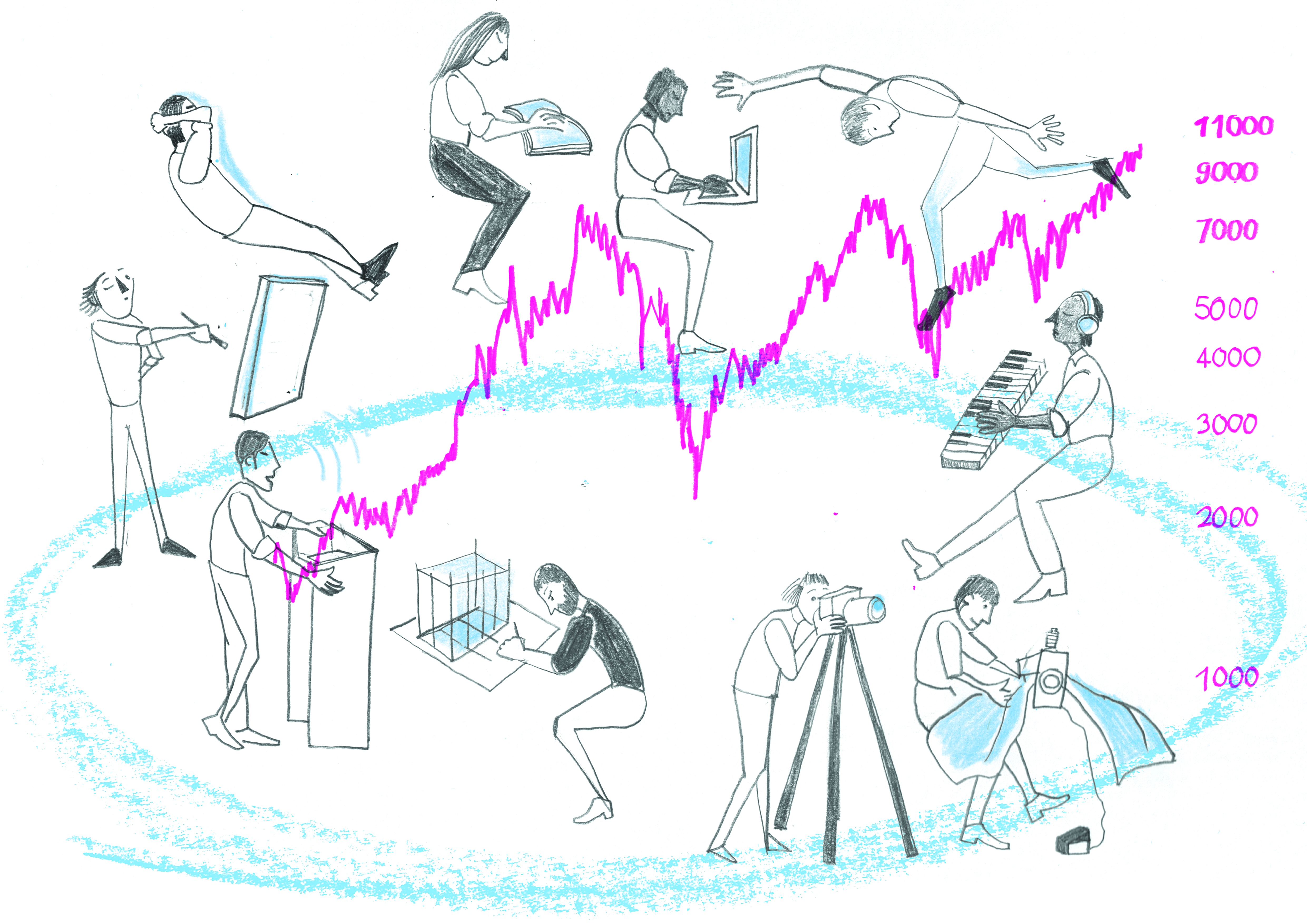 Critical reading of funding applications and evaluation reports in the arts.

Testing, evaluating, controlling, monitoring, indexing, measuring: we’ve inherited these terms from the mass economy era when scientific and industrial methods were applied to society & behaviour. The culture and philosophy of these institutions still live in today’s digital mindsets which, emboldened by ubiquitous data gathering, are driven to distill the world into algorithmic certainty. These systems have contributed to understanding human behaviour and unlocking more efficient production. But when they are applied to artistic production, they accentuate our expectation of visibility and control: our attempt to measure the unmeasurable.

Funding application and evaluation reports for cultural production are micro reflections of the values and politics underlying the systems producing them. They are the public system’s struggle to justify the role of art and art’s struggle to sustain a sort of autonomy. In this event we will look at examples of funding applications from different contexts and periods as literary materials from which we can reflect on political discourse. We will take the opportunity to really understand how they function, detached from deadlines or production schedules, , and the set of values which they pronounce.

Elena Veljanovska: Elena Veljanovska (b. 1979, Skopje) is a freelance curator and cultural producer. Since 2003 she is actively working in the cultural sector on national and international level in Macedonia, and since 2014 continuing her activities from Berlin. In 2006 she has founded Line I+M, platform for new media art and technology, which she directs until 2012. In 2009 she was a co-curator of the Macedonian Pavilion at the 53 International Art exhibition in Venice. From 2012 to 2017 she was actively involved in the development of the Association of the Independent cultural scene JADRO, and serving as a board member. Since 2012, she is an executive director of the Association of citizens Kontrapunkt -Skopje and since 2016 she is specifically focused on co-curating and producing CRIC-Festival for critical culture, taking place each year in autumn in Skopje.

Ela Kagel:
Digital strategist Ela Kagel specialises in the intersection of art and technology. Since the mid-1990s she has produced and designed media art exhibitions, networked performances, mobile and location-based applications, as well as temporary spaces for cultural exchange. She has been a long-time collaborator and researcher at the Public Art Lab in Berlin, and from 2009 to 2011 she was a program curator for the Transmediale Festival for Art and Digital Culture in Berlin. While at Transmediale Ela developed the Free Culture Incubator, a series of workshops and events based on free and open culture. Central to Ela’s practice is supporting bottom-up initiatives deeply rooted in particular communities of practice. From this perspective she also established and curated Upgrade! Berlin in 2006 and founded SUPERMARKT in 2011, an independent hub for digital culture and collaborative economy. Ela is co-initiator of the #Platformcoop Berlin meetups.

Yael Sherill: Yael Sherill (b. 1982, Israel/Romania) is a freelance curator, cultural manager and cultural facilitator, based in Berlin. She is directing a nomadic curatorial platform called B_Tour, which investigated the format of the guided tour as an artistic strategy. Since 2013, B_Tour presented festivals and individual projects in Berlin, Leipzig, Belgrade, Vilnius, Copenhagen and Tel-Aviv in collaboration with institutions such as: Copenhagen Art Week, Public Art Lab Berlin, ZK/U Berlin – Center for Art and Urbanistics, Cultural Center of Belgrade, Belgrade International Theater Festival, Center of Contemporary Art TeL-Aviv, The Lithuanian National Drama Theater, The Architecture Foundation Vilnius, University of Leipzig and others. Since 2017, she is also part of the education department of the Jewish Museum in Berlin, interacting with experimental practices of art and cultural mediation.

Jorge Vega Matos: Jorge is a researcher and consultant focused on emerging technologies and behavior, particularly as it relates to creating and accelarating alternative models of ownership, commerce, political participation, and collective infrastructure in places like São Paulo, Lyon, and Jeddah. He’s facinated about how people envision the future and act on it – especially in the peripheries or edges where different cultures, generations, and identities meet.

We ask you to bring a grant application, a story or anything that represents: the friction between different value systems in your professional life; irritation moments in which you were confronted with the difference between making art and formulating a product; between the expectation to commodify your work and the wish to create (open ended) processes.

We are starting the discussion in Berlin, but we know that we are addressing a universal topic, that affects artists and cultural producers from all over the world. Please feel free to join and share your experience with us!

Seats limited, booking essential! Please send your RSVP along with your story/ contribution to rsvp@supermarkt-berlin.net