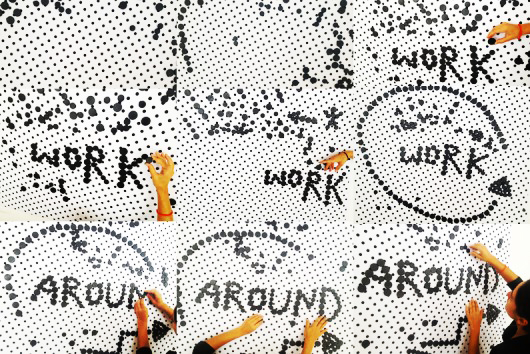 The working world as we know it is in a state of profound change: long-term work commitments are being increasingly replaced by project-based contracts, bereft of fundamental collective agreements and employment laws for which people have been fighting over for centuries.

Our enthusiasm for freelance work has cooled down since realising that it is mostly employers who profit from the often hailed concept of “flexibility”. Because most work-related services are still based on the paradigm of employed work, the increasing numbers of freelance workers in Germany now face a situation where neither the state administration, nor sectors such as finance or insurance, are prepared to meet the special needs of self-employed workers.

Furthermore, the concept of “freelance” is applied mostly to the young, media-savy people of the creative industries, ignoring the fact that more and more craftspeople, community workers or teachers of all age groups are becoming freelancers too.

Those who have work are in fear of those seeking for it, who might be cheaper and more flexible to deal with. In fact, most freelance salaries today do not reflect people’s skills, education or creation of worth. In a city like Berlin, it has become quite common to ask potential employees to fundraise their own wages before they can start working. A labour market, which consequently favours the fittest, leaves no space for gender balance, social inclusion or solidarity.

In contrast to these developments there is a growing scene of social innovators, activists and initiatives who have started working around the system. Their call to self-organisation redefines the notions of work and value creation. Unions, cooperations and collectives have begun to re-appear on the public landscape, developing new models for banking, housing, solidarity or workers rights representations.

While it is not that all of these models are new per se, many of them have been under the public radar for quite some time, as during times of economic growth they aren’t needed as much. However, with the current global financial crisis, communities are starting to return to these structures and bring them back to life, this time with a new twist and all the challenges that come along with this process: whether its the search for new organisational structures, the redefining of their vocabulary or the development of new platforms to collaborate with diverse players, including current political administrations.

During this three-day symposium, workshop and community meeting, we will look into various models of work organisation and community approaches that ensure life and work quality. We look behind the cliché of the freelance worker and explore the old and new territories of unions and cooperations as tools for achieving common goals. Finally, we will round off the symposium with an interesting exchange of strategies and structures of self-organisation.

To reserve your place at one or more of these events, please send a short email to rsvp@supermarkt-berlin.net with the subject heading ‘WORKAROUND’, also specifying which day/s you wish to attend.