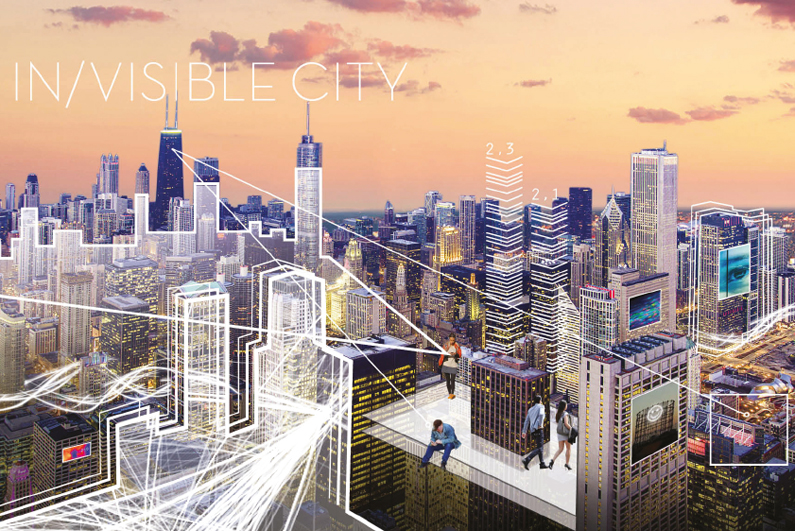 Our today’s modern cities are hybrid structures in which technology is invisibly interweaved in the perception layers of our everyday lives. With the curatorial theme of InVISIBLE and VISIBLE Cities, in the framework of UNESCO’s International Year of Light, we want to develop an awareness on the changes which are hardly visible to the eyes and are underlying our nowadays cities.

Initiated by Public Art Lab in collaboration with Fraunhofer FOKUS the 2-day Prototyping Lab ‘In/Visible Cities: Prototyping Lab’ will take place on 26th and 27th January as part of transmediale 2015 at SUPERMARKT.

During the ‘In/Visible Cities: Prototyping Lab’ creative developers, IT experts, urban planners and future visionaries will use sensor measurement technologies to create DIY and crowdsourcing strategies dealing with the visualization of invisible technologies and data collection in cities. The three topics Safety (digital citizens), Climate Change and Energy (hybrid city) and translocality will be the participants starting point for creating creative use of these data. The three best ideas will be chosen, developed and presented as light installations in Dortmund and Jena.

Please register no later than January 15, 2015 under contact@connectingcities.net. The application must indicate whether you already have your own idea or you are interested in teamwork (Artist / Developer).

Sunday – 25.1. evening – short introduction / Idea pitches by the participants / Get Together

The Prototyping Lab is supported by the Culture Programme 2007-2013 of the European Union, The RWE Foundation in collaboration with Connecting Cities, Fraunhofer FOKUS / Competence Center FAME Future Applications and Media as well as Transmediale.