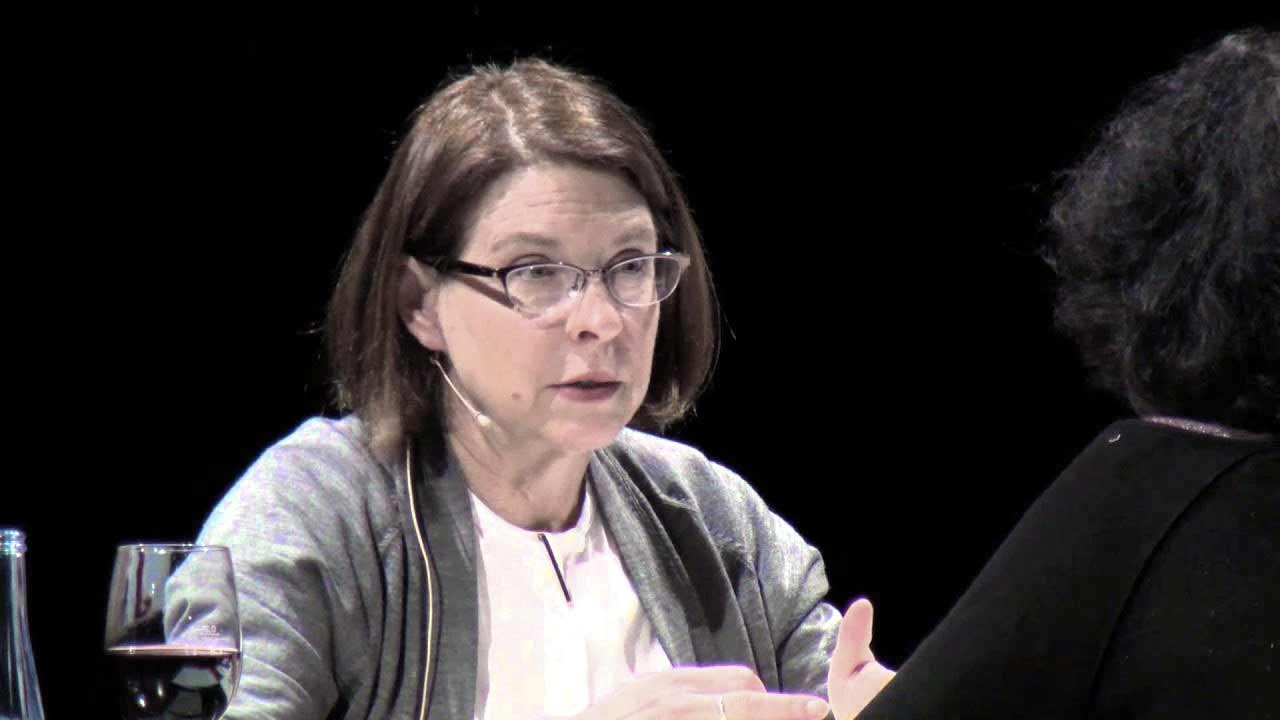 Celebrating its 20th year, the Berliner Gazette will launch its anniversary project MORE WORLD with a talk by Avery F. Gordon, one of the most influential interdisciplinary scholars of the humanities and social sciences in recent years. The talk will be about Gordon’s latest project “The Hawthorn Archive”, an indispensable source for anyone interested in building communal tools for planetary challenges. Taking place on January 24th at 7 p.m., the location is the commons project space Supermarkt, Mehringplatz 9, 10969 Berlin. Free entry.

For instance, the fact that our societies have always been more rich, meaning more diverse and more heterogeneous, than any dominant notion of social life could project. In other words, the We has always been more rich than homogenized images of ‘society’ – nowadays turning to extremes due to right-wing populisms – would have us believe.

The BG’s 20th anniversary project MORE WORLD intends to make this repressed richness of the We visible, especially those other ways of living and working together at the communal level that forge tools for the planetary challenges arising from within the world-shaping processes called globalization.

Making Neglected Utopian Traditions Visible
One important source for the MORE WORLD project is Avery F. Gordon’s “The Hawthorn Archive”. This impressively kaleidoscopic and genre-bending book is based on Gordon’s more than two decades of research into utopian traditions that have been systematically excluded from the Western canon. Organized in the form of an archive of actual and fictional experiences of living and working together differently, Gordon’s book makes a vast array of “subjugated knowledge” (Foucault) visible and available for appropriation.

“The Hawthorn Archive” unearths neglected utopian traditions that are less about some distant future place that would have to be built according to people’s ideals and more about living and working differently in the here and now of the communal. Here, those who were struggling for the Commons (and against enclosures) in 17th-century England are a major reference point for a variety of other movements, including those who struggled for the abolition of the slave trade and slavery in the Americas and those who struggled for decolonization in the Global South.

Needless to say, these struggles are still taking place. Making their history accessible by raising documents not as witnesses but rather as voices makes it possible to situate contemporary struggles in a wider context and to understand how to detect them in the present. After all, many of the contemporary practices of living and working differently are simply taking place at the communcal level, rather than being declared and recorded as explicitly political, not to say utopian, projects. Thus, these undeclared acts tend to be overlooked when we are collectively making sense of the world in general and globalization in particular. The richness of communal practice and imagination remains buried in the “utopian margins”, as Gordon puts it.

The Rise of Right-Wing Populism – a Context that We Have to Consider
The precarious status of the richness of the We is all the more noteworthy in the present-day political climate. Today, the rise of right-wing populism is creating conditions in which the broader spectrum of left-wing politics is being delegitimized, while the “irrational” agenda and doings of the Right and extreme Right appear legitimate.

In this political climate the public sphere is being severely constricted, catalyzing a far-reaching shrinkage of the world (that is always also a shrinkage of the We) and contributing to shutting down the public discourse for opposition, for dissent and, above all, for the greatest possible plurality of contributions to the discourse; the latter would also include marginalized, invisibilized and illegalized actors for whom discursive openings generally tend to be particularly precarious.

Needless to say, the incessant creation of an open public sphere – open for dissent and, above all, for the greatest possible plurality of contributions – has always been the vital basis of any democracy; yet, remarkably, it is in this historic moment, in Europe, in the USA and beyond, that the greatest collective courage needs to take hold to actually perform any such basic democratic engagement. As it is, we are challenged to explore how this courage can manifest itself productively. For this process of exploring and searching, “The Hawthorn Archive” is an indispensable source.

Why the “The Hawthorn Archive” Is an Important Source for Building Alternatives
As the political-discursive “world shrinkage” and the false utopia of the homogeneous nation-state are becoming increasingly normalized under right-wing populism, “The Hawthorn Archive” provides practical models not only against world shrinkage but also for alternative utopias, and, above all, for alternatives to false utopias. Gordon’s project convincingly shows that world shrinkage – such as the one currently engendered by right-wing populism – is always to a certain degree transcended in the everyday practices of the communal.

Moreover, Gordon’s project shows how to render this often-neglected condition productive: Collecting the voices of people who are meant to be systematically shut up and enabling them to speak up in an unheard-of choir of dissenters, “The Hawthorn Archive” suggests that archiving and sharing “subjugated knowledge” about communal practices is becoming key to amplifying the everyday-more-world-experience and engendering a collective political consciousness across communal boundaries.

Presenting the new collection of documents from “The Hawthorn Archive” for the first time in Germany, this talk will put to the test alternatives to the political-discursive world shrinkage that is being normalized under right-wing populism. By discussing “The Hawthorn Archive” as a source of inspiration for the Berliner Gazette’s 20th anniversary project MORE WORLD, the event will open accesses to the richness of the We, and, more specifically, to ways of detecting social change at the micro-level of the communal. The talk will be opened by Ela Kagel, co-founder of the commons project space Supermarkt.

What We Would Like to Discuss with You
Offering creative inspiration and critical tools to artists, activists, scholars across various disciplines and the general audience alike, the MORE WORLD talk with sociologist and writer Avery F. Gordon about “The Hawthorn Archive” will raise the following questions:

If the utopian is always to some extent already lived in the everyday of the communal, and if this experience occurs in the shadows of dominant powers that persist on world shrinkage and that rule out alternatives, then how can partly hidden, partly dormant everyday utopias become secrets collectively shared and cooperatively narrated by “the people”?

What does it mean for the development of a collective political consciousness that “quiet encroachment” (Bayat) may always be already happening? And what would that mean for our understanding of politics and social movements? Is it possible that tectonic shifts are already taking place due to our daily doings at the communal level, without being declared and noticed as such? If so, what then counts as social change and political action?

The talk by Avery F. Gordon will be moderated by Krystian Woznicki. This Berliner Gazette event is a cooperation with Fordham University Press and Supermarkt.

Avery F. Gordon is Professor of Sociology at the University of California, Santa Barbara, and Visiting Professor in the Birkbeck School of Law, University of London. Her publications include “The Workhouse: the Breitenau Room” (with Ines Schaber), “Keeping Good Time. Reflections on Knowledge, Power and People” and “Ghostly Matters: Haunting and the Sociological Imagination”, which established Gordon as one of the most influential interdisciplinary scholars of the humanities and social sciences in recent years. The “The Hawthorn Archive: Letters from the Utopian Margins” was published in 2018 by Fordham University Press.

Krystian Woznicki is a critic and the co-founder of Berliner Gazette. His recently published book “Fugitive Belonging” blends writing and photography. Other publications include “A Field Guide to the Snowden Files” (with Magdalena Taube), “After the Planes” (with Brian Massumi), “Wer hat Angst vor Gemeinschaft?” (with Jean-Luc Nancy) and “Abschalten. Paradiesproduktion, Massentourismus und Globalisierung”.

Berliner Gazette (BG) is a nonprofit and nonpartisan team of journalists, researchers, artists and coders. We experiment with and analyze emerging cultural as well as political practices. Since 1999 we have been publishing berlinergazette.de under a Creative Commons License – with more than 1,000 contributors from all over the world – and also organizing conferences, editing books. Some of our latest projects include Ambient Revolts (2018), Signals (2017), Friendly Fire (2017), Tacit Futures (2016), UN|COMMONS (2015), BQV. Büro für Qualifikation und Vermögen (2012) and McDeutsch (2006).